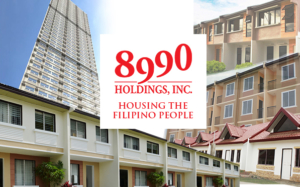 Mass housing developer 8990 Holdings Inc, listed on the Philippine Stock Exchange under the symbol “HOUSE,” posted another record high revenues last year, increasing 30 percent on year to P15.3 billion on the back of an eight percent growth in housing units delivered for last year. This translated to a net income growth of 19 percent on year to P5.6 billion from just P4.7 billion the previous year. Gross margin was at 54 percent in 2019 from 55 percent in 2018. Meanwhile, net margin was at 36.5 percent for last year. During the first quarter of 2020, HOUSE also sustained a double-digit topline growth of 15 percent year on year after posting P3.5 billion in revenues for the period. tribune.net.ph