:Home>Newsroom, Entrepreneur Philippines>Financial Adviser: 5 Reasons Why HOUSE is the Best Performing Property Stock Since Market Bottom and How to Profit from It

Financial Adviser: 5 Reasons Why HOUSE is the Best Performing Property Stock Since Market Bottom and How to Profit from It 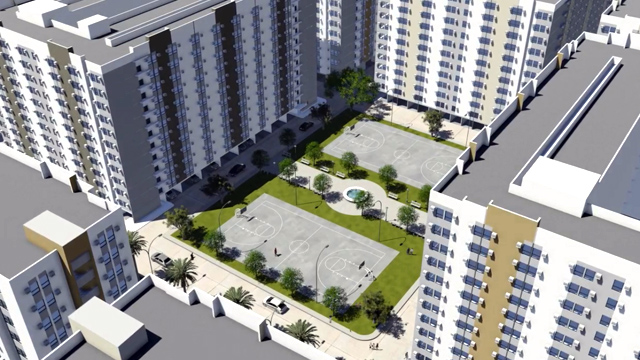 The stock of housing developer 8990 Holdings (PSE: HOUSE) has been rising consistently since the PSE Index bottomed out in November last year.

In fact, HOUSE rallied two weeks ahead of the market recovery in late October, gaining a total of 24.7 percent to date, the largest among the profitable property stocks in the PSE.

HOUSE’s remarkable performance also outperformed the PSE Index’s 13.3 percent rally in the same period observed, as well as the Property Index, which increased by 15.4 percent.

With interest rates expected to fall this year as inflation slows down, property stocks should continue to perform well.

But what made HOUSE an early favorite during this market rally? What positive changes in the company’s fundamentals that prompted a re-rating in the stock’s valuation? What are the possibilities that the stock will continue to sustain its uptrend this year?

Here are the five reasons why HOUSE has been the best performing property stock so far and how you can possibly profit from it:

1. Higher earnings growth to support strong share price
HOUSE is the leading mass housing developer in the country with over 58,000 completed housing projects under the Deca Homes brand in just 14 years. Net earnings of the company has been growing by an average of 19 percent per year since 2012 from Php1.7 billion to Php 4.1 billion in 2017 on the back of strong sales growth. Last year, HOUSE reported that its nine-month net income grew by 38 percent to Php 3.4 billion from Php2.5 billion in the same period last year. The growth in net income was supported by a 41-percent increase in total sales to Php8.6 billion from Php 6.1 billion the previous year. This year, HOUSE is expecting its total sales to grow by 17 percent to Php 13.5 billion. With an average net profit margin of 40 percent, the increase in sales translates to a projected net income of Php5.2 billion, which represents about a 21-percent growth this 2019.

3. Rising land holdings to secure future growth
When HOUSE went public in 2012 via backdoor listing, the total land bank on its balance sheet was only Php1.0 billion. Through the years, HOUSE adopted proactive land banking by investing an average of Php 2.2 billion per year using internally generated funds and external financing. Today, the company has a total of 540 hectares with a book value of at Php 13 billion. Land banking allows a property developer to secure future property development sites at current prices. Over time, the value of the land appreciates. This is not to mention the substantial value that the developer can add with housing and amenities. At current market price, the land bank of HOUSE is worth about Php154 billion, which can last for the next eight to 10 years.

4. Strong balance sheet to maximize return on capital
A company that employs a strategic mix of debt and equity is more inclined to survive during bad times because of lower financial risks. Borrowing usually is a cheaper source of financing compared to equity, but it can be risky during an economic downturn. Using equity, on other hand, can be more costly because shareholders tend to ask for higher return on investment but is less risky because the company is not obliged to settle when it is unable to repay on time. In late 2017, HOUSE raised a total of Php 5 billion by issuing perpetual preferred shares that pays dividend rate of 6.0 percent. This effectively improved the company’s net debt-to-equity to 0.69 times last year compared to 1.27 times the previous year. Moreover, HOUSE has been generating double-digit return on equity for the past six years. Last year, the return on equity was about 12 percent, which was way above its estimated cost of equity of seven percent. When a company generates a return higher than its costs, it creates value for shareholders.

5. Solid fundamentals to support long-term share price appreciation
Following its huge increase in net income and recent capital fund raising, HOUSE is in a better financial position to expand this year. Based on its nine-month balance sheet last year, HOUSE has cash of Php 6.8 billion compared to only Php 578 million in the previous year. It also has a bigger working capital of Php 14.4 billion from Php 5.6 billion in the same period last year. The current pricing multiple of HOUSE stands at 9.5 times Price-to-Earnings ratio versus median property average of 12 times. This is considering that its earnings growth last year was 38 percent as against industry median of only 14 percent. Assuming the stock trades at industry average multiple of 12 times, given the company’s historical double-digit earnings growth rate, the current share price should eventually appreciate by at least 25 percent over the long-term.