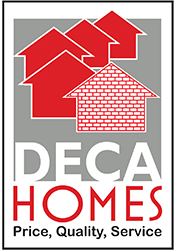 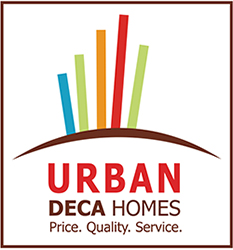 A short-lived government project intended to provide homes for families inspired the 8990 Holdings, Inc. vision of quality and affordable housing for every hardworking Filipino.
That dream started small in 1991 with Villa Candida, a residential development in Cagayan de Oro, and transformed into what it is now today – the leading mass housing company in the Philippines.
Staying true to its vision of building decent shelter for Filipinos, 8990 Holdings has completed 58 residential projects and is on track to finish 20 more since it established the DECA Homes brand in 2002.
The company has sold over 85,000 homes in just 18 years throughout various cities and provinces in Luzon, Visayas, and Mindanao.

Our founders recognized the massive need for housing in the country and had established track records in the industry through their subdivision projects in Northern and Southern Mindanao, Central Visayas, and Metro Manila in the 1990s.
Realizing a common goal, they banded together and launched their first mass housing projects in 2002 under the DECA Homes brand in Bacayan, Cebu City, and Cabantian, Davao City. This was followed a year later by DECA Homes Minglanilla.
Seeing the need for a company name that would encompass current and future developments, they came up with one that carried auspicious feng shui numbers inspired by that period’s popular mobile phone model, the Nokia 8890. The company was officially registered as 8990 Housing Development Development Corporation in 2003.
Part of their expansion plan was acquiring the publicly listed IP Converge Data Center, Inc., an information technology and telecommunications services, on July 8, 2005.

After disposing of its information technology and telecommunications business in 2012 and following its corporate reorganization a year after, the company began to focus, through its subsidiaries, on providing affordable and quality housing to hardworking Filipinos.
Through construction innovation and continuous improvement in quality, price, and service, 8990 is able to uphold its vision of providing decent shelter to Filipino families.
It is committed to its mission to help Filipinos own a home that they can be proud of and cherish for always.
Moving forward, the country’s leading mass housing developer plans to expand to other cities and provinces to help more people realize their dream of home ownership.