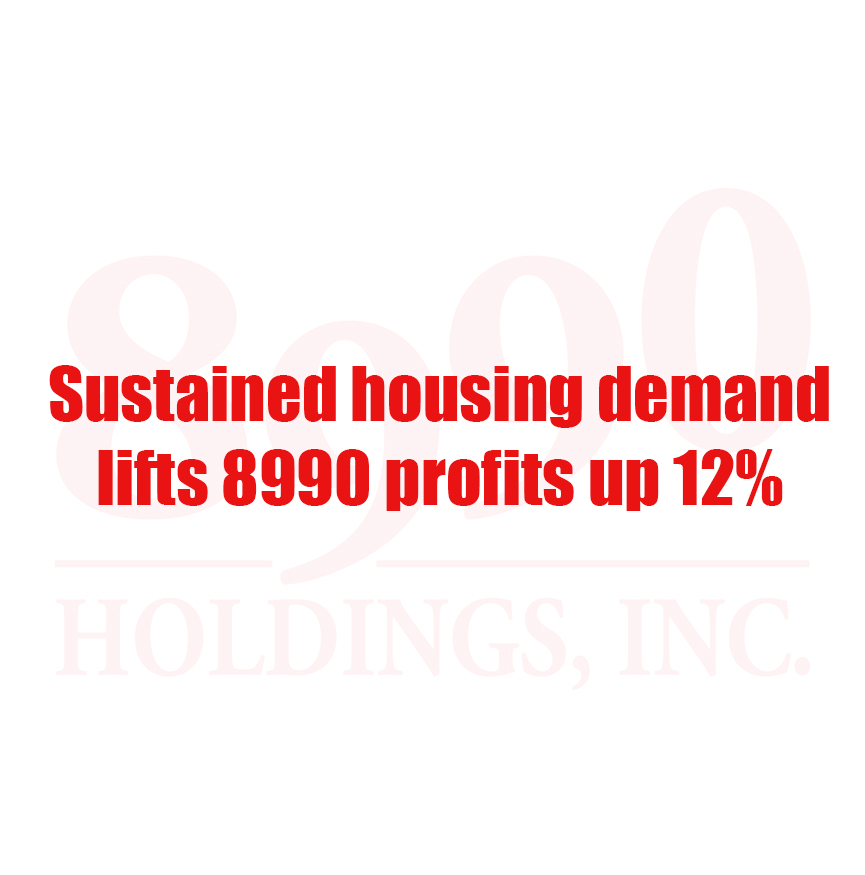 By Denise A. Valdez, Senior Reporter

MASS HOUSING developer 8990 Holdings, Inc. booked 12% higher earnings in the first quarter of the year, on the back of sustained demand for its products in Metro Manila and key regions.

In a disclosure to the exchange on Tuesday, the company said its net income reached P1.32 billion in January to March, supported by the 15% growth in its consolidated revenues to P3.47 billion.

It sold a total of 2,291 housing units during the three-month period, increasing by 4% from the same three months last year.

However, the company said in a statement it expects its second-quarter performance to slow down.

“We had an exceptional 2019 and first-quarter growth. However, we do expect a softening in the second quarter given that, as part of the Philippine government’s nationwide effort to contain the virus, nonessential businesses nationwide, including real estate, had to stop operations for most of the second quarter,” said Alexander Ace Sotto, 8990 acting president and chief operating officer.

The government implemented strict stay-at-home protocols starting mid-March to contain a coronavirus outbreak that has since sickened 106,330 and killed 2,104 in the Philippines.

8990 said its focus in the second half of the year is to preserve cash that will carry it through the health and economic crisis.

“Liquidity will be critical to overcome this pandemic and move towards recovery,” Mr. Sotto said.

Some of the company’s initiatives so far are suspending its buyback program, adjusting its capital expenditures, maintaining a good standing with banks, optimizing inventories and lowering operating expenses.

“It is difficult to determine when this pandemic will end or how much of it will still unfold in the coming months. But we are confident that we are in a good position, liquidity-wise, and are ready to respond to opportunities when they present themselves, leading to an eventual recovery in the industry,” Mr. Sotto added.